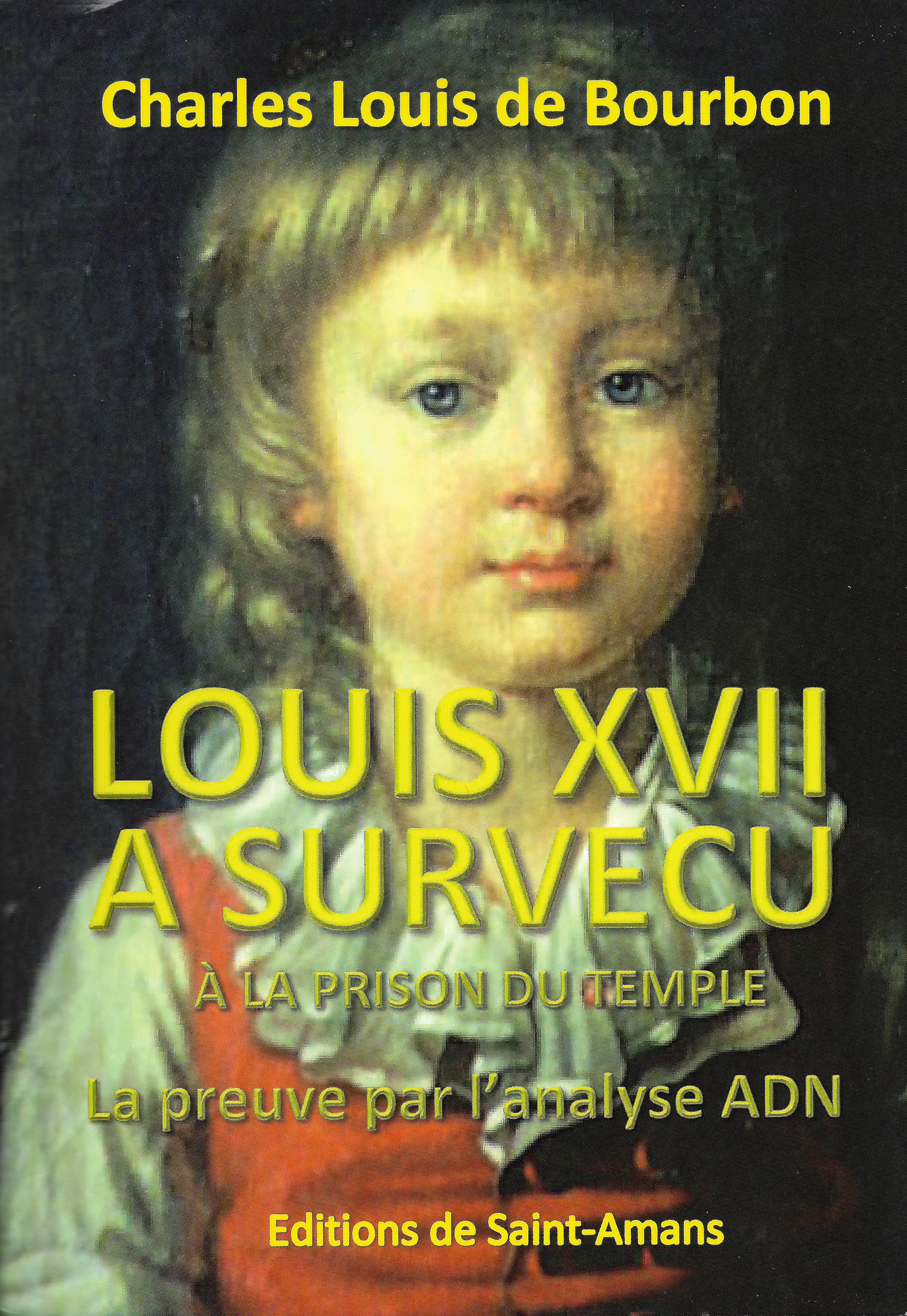 During the French Revolution, the French Royal Family was arrested and imprisoned in a building called ‘The Temple.’ The King and Queen, Louis XVI and Marie Antoinette, were later executed. Their children, Louis XVII and Marie-Thérèse, were kept in their cells, separate from each other. After 2 years, Louis XVII finally escaped and the story has been in controversy for more than 220 years.

Charles Louis de Bourbon has spent nearly 50 years researching this evidence of which his ancestors have consistently affirmed in spite of 2 centuries of persecution, assassination, threats, poisoning, manipulation of burials, diversion of relics, and the list goes on.”Louis XVII Survived the Temple Jail: The DNA Report”, tells the story of the escape of Louis XVII from his prison and his incredible life afterwards. The book includes DNA analysis reports of Professor Gérard Lucotte, a renowned geneticist. The book is translated into French and English.

Please email us at cdebourbon@gmail.com for purchase inquiries in Canada or the U.S.A